It’s been a minute since I did a #FridayFinds post, but I’m back and hopefully I’ll have a steady stream of new books and new authors to share with you. This week let me introduce you to author Danyelle Scroggins and The Power Series.

Why I write in this genre:

This genre is so near and dear to my heart because it is how I share Christ. I write for those who might not ordinarily go to church or participate in organized religious gatherings, for those who may have knowledge of God but not a close relationship with Him, and for those who know Him and are excited about reading books that represent His love. It’s also my way of introducing the love of God through Christ to those who have never had the opportunity or desire to know Him as Lord and Savior.

Pain: Felecia and Dean are married but happily is an understatement. The pain of her past relationship has filtered deep into her marriage causing what could very well be an end to a great love affair. Will Felecia allow the power of pain to destroy what God has blessed her with or will she embrace healing for herself and her marriage?

Restoration: Tajdrick aka Taj, a young rap artist, is at a breaking point in his life. His mother has stolen from him, using his very own drug habit as a barricade to contain him. The only one who could possibly change things is the Father he turned his back on years ago. The world will soon see how the power of restoration will revive the soul in need of being restored.

Love: A restored Tajdrick turned his life around and is now marrying the love of his life, Dallas Strong the niece of Pastor Roderick Prince Strong, Pastor of Faith Temple Cathedral. As fate would have it, their love becomes the arena for the power of love to take over. Tammy has been praying for a husband and patiently waiting on God but little does she know where love abides, grace does too.

Forgiving: Carol who has been with her husband for years finds herself in unfamiliar territory. Her husband has decided he wants a divorce and Linda; one of his high school chicks. As sure as you sow seeds, you must reap and not only does Wallace and Linda find themselves reaping, but Carol finds herself face to face with the power of forgiving.  One never knows how hard forgiving is until you are put in a predicament that requires you to be the one exercising the power of forgiving. Will Carol allow the power to forgive to restore her or will she allow her pain to keep her from forgiving?

Felecia balled up in her living room corner, allowed the palm of her hands to support head as she cried. The Ibiza top grain leather sectional sofa by Nicoletti along with the ceiling to floor glass windows dressed with Manhattan blended linen drapes, denoted purity and serenity. A far cry from her atmosphere in the place they called home. With its entire luxurious grandeur it still was not a home. Mainly because the very thing everyone warned her about came true. Felecia allowed jealousy and insecurities to suck up the very existence of a home. To add insult to injury, she’d run the only man she ever loved right out the door. It hadn’t been enough he came to this house every night right after work; neither his confession -on numerous occasions- to do nothing to hurt her. The façade of a home of peace was too much to consider for someone who lived the naked truth of a bad marriage.

Felecia surmised there wasn’t a man on earth who wouldn’t cheat on his wife, not even her man. If you asked Felecia, men were complete dogs; always in search for another bone. Dean’s devotion and desire to provide caused him to be considered a good dog. The fact still remained that a dog conjured notion might cause him to decide he wanted a mutt with a fresh bone. Felecia refused to give him the satisfaction of dogging around on her. If he wanted a mutt with a smutty bone, he had to find one on his own time and dime. Her way of thinking, although not approved by others, now rendered her consequences she would never be ready to face.

Taj slide into the back row making sure his dark shades didn’t fall when he lowered his body into the seat. He took the seat directly next to a young lady who held her little baby in her arms. Some of the teenagers on the row in front of him looked back towards him and waved. Apparently, there were fans a disguise would not fool, but he pretended he wasn’t aware of them.

“Christ loves you.” The young lady whispered and flashed a smile fit for the cover of JET Magazine.

Not knowing exactly what to say, he simply nodded but wondered how she’d known his thoughts. The choir continued to sing, and a tall man whom Taj presumed the pastor, stood up before the microphone. As if he too heard Taj’s thoughts, he spoke, “It doesn’t matter what you’ve done; Jesus loves you.” He simultaneously began to sing along with Faith Cathedral’s heavenly sounding choir.

“How many of you take into account we all are filth and rags before the Lord? Thanks belongs to God when the Saints were sinners, Christ died for us. Christ didn’t die because of our goodness, kindness, or sin free life. Christ loved us and He is still showing us His love now! Can I get a hallelujah?” Pastor Strong asked and the noise level in the church resembled a baseball game. Many of the parishioners were shouting, “Hallelujah,” while some shouted, “Thank you Jesus.”

“I do!” Taj said loud with the warmest smile strolled across his face as he looked deep into Dallas eyes. He recognized the day he sat next to her at Faith Temple Cathedral, the one for him, for life- found. Over the last past months, she reconfirmed every emotion with the slightest touch of her hands.

As Dallas heard the man she loved vow to her his life, she cried. She finally had a man who would love her how God intended for her to be loved. No one had known except for her family the pain she endured as the girlfriend on Randal Shaw and if she had her way, her secret would stay hidden.

When her uncle called her name, her thoughts broke and she quickly said, “I do.” As she wiped the tears from her eyes, her aunt Destiny handed her a microphone and the music played.

“Praise the Lord Saints of God. Praise the Lord! We are gathered in His holy place to lift Him up today. He said, ‘If I be lifted up from the earth, I’ll draw all men unto me’. Does anybody here realize the Lord has drawing power?” Pastor Strong said as he took to the podium at Faith Temple Cathedral.

“Yes, he does hallelujah!” Mother Lucy Thomas shouted and she and Mother Queen, the pastor’s mother, clapped hands.

“Tell your neighbor, He wants you to lift Him up today.” The entire church now speaking with their neighbor touched as they spoke while others including Carol simply agreed. After the interaction she closed the pretend windows attached to the walls she’d built around her, suitable for keeping people out of her face and her life. Carol embodied the attributes of a sweet and generous woman. One who raved of her African American heritage and God’s blessing of hips. Her 5 foot 6 frame and sassy sway made both men and women take notice of her presence but it’s her smile that usually enveloped you. Lately her smile turned upside down and her eyes wore a sadness that gave a glimpse of a wounded soul.

She recalled how she’d been lifting God up in her life and in her marriage and the reward for her, a slick chick with a plan to steal hubby away. In all reality Carol concluded it was neither smart nor sensible to blame the woman with whom she had no vow; Wallace’s dirt and involvement in the situation were his deeds to accept blame for and bear. She knew since high school Linda wanted him. She just couldn’t phantom her awaiting the chance to give “it” up after so many years passed.

Suddenly Carol questioned why she even came to church. Everything around her seemed fine by church standards but her mind would not allow her to focus. She put her purse on her knees as she estimated how many steps to get out of the pew, down the aisle, and out the door. If her eyes hadn’t met Tammy whose smile showed appreciation and gratefulness she came, she’d be in her car. Instead Carol nodded and put her purse back on the pew.

Danyelle Scroggins is the author of Not Until You’re Ready, His Mistress or God’s Daughter?, Destiny’s Decision, Evonta’s Re 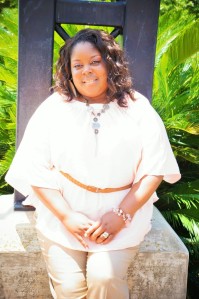 venge, & Not Too Far Gone . She is presently promoting her third Christian Fiction debut, The Power Series: The Power of Pain, Restoration, Love, & Forgiving. Behind this great woman, is a life story of pain and promise which led her to the reality of who she is in Christ. It is this reality that has caused Danyelle to write books that are designed to usher change in the lives of God’s children; especially His daughters.

Danyelle is the Pastor of New Vessels Ministries North, and the wife of Pastor Reynard Scroggins. She is also the mother of three wonderful young adults Raiyawna, Dobrielle, & Dwight Gatlin Jr. and two awesome step-sons Reynard & Gabriel Scroggins. She and her family currently reside in Louisiana. To find out more about Danyelle and her ministry, visit www.danyellescroggins.com.

2 thoughts on “#FridayFinds: The Power Series: The Power of Pain, Restoration, Love, & Forgiving by Danyelle Scroggins”