This week’s find is quite special because Michelle and I share the same publisher. Michelle is a real sweetie and has been very helpful to, so please be sure to support her latest release by ordering a copy or sharing the news. 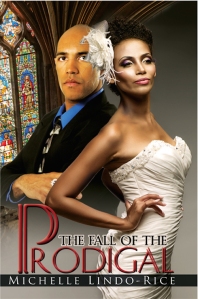 A condemned man, his two brides, and one untimely death.

Michael Ward is at the top of his game and he doesn’t need anyone or anything. Money is his new best friend–until he’s arrested for a heinous crime. As much as he hates to admit it, Michael needs his brother, Keith Ward, the man who stole his wife and children. Will Michael open his heart to forgive his brother?

Verona “Tiger” Stachs has been Michaels’ attorney for years. She’s in love with him, but is tired of being treated as his guinea pig. A lapsed Christian, Verona finds herself being drawn closer to God. She thought she was through with God, but soon discovers He’s nowhere through with her. Which relationship will she choose?
Keith Ward’s a prominent minister and family man, yet he yearns to rekindle his relationship with his brother. When Michael calls him explaining that he desperately needs his help, Keith jumps at the chance to set things right with Michael. Will Keith be able to lead Michael into the light?

What an ugly four–letter word. The very idea was preposterous. He had been arrested for rape. Michael Ward shook his head, remembering the charges written under his mug shot. He did not have to take any woman by force. Look at him.

He was at the top of his game. He began as an architectural designer. Then he moved into real estate where he purchased, rebuilt, and resold properties. It took some time, but his name meant something in the hotel resort business. Patrons knew any building bearing the MJW seal signified quality and topnotch service, for a price, of course. He had two MJW hotels in New York City, three in Atlanta, two in London, and one in Dubai. He had spa resorts sprinkled across Florida, Texas, and Chicago, all with the MJW stamp of approval.

Now, after all his hard work to build his empire, Michael could not imagine a nineteen–year– old bringing him to his knees.

Last week, he had been cracking open a bottle of champagne, celebrating his newest property acquisition in Colorado. This week, he was squatting in the corner of a four-foot cell, waiting on Verona “Tiger” Stachs to post his bail and negotiate the terms of his release.

How had he gotten here?

He had been booked on multiple sex and assault charges and had almost lost his cool at his arraignment. The fact that it was September 11 was not lost on him either.

Someone had set him up, and once he was out of here, he intended to find that person and make him pay.

Purchase on Barnes and Noble

The first two books in the On the Right Path series

2. My Steps Are Ordered 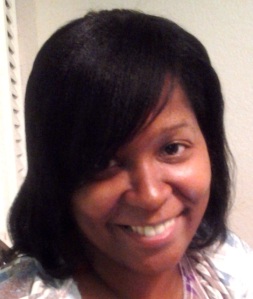